Leslie S. Klinger is considered to be one of the world’s foremost authorities on Sherlock Holmes. He is the editor of the three-volume collection of the short stories and novels, The New Annotated Sherlock Holmes, published by W. W. Norton in 2004 and 2005, winner of the Edgar Award for Best Critical/Biographical Work, and has been nominated for every other major award in the mystery genre. He also serves as technical advisor on Warner Bros’ Sherlock Holmes movie series, starring Robert Downey Jr. Les is also the editor of The New Annotated Dracula (W.W. Norton 2008), which possesses a similar in-depth examination of Bram Stoker’s haunting classic and its historical context.

With a 30-year history in the entertainment business as a story editor (Universal feature films), screenwriter (original writer of Disney’s TRON), playwright (seven one-acts and two musicals), producer (three Emmy Awards) and actor, Bonnie MacBird relates to the Sherlockian phrase “my mind rebels at stagnation.” She’s currently writing a Holmes pastiche, and is a longtime Sherlockian, having been sent to the principal’s office in fourth grade over a Conan Doyle anachronism. She’s also the organizer of the Meetup group The Sherlock Holmes Breakfast Club and invites you to join the lively company at these irregular breakfasts in L.A. 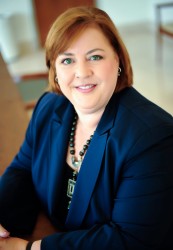 Mary Platt serves as communications and media relations director for Chapman University in Orange County, Calif. Her articles on the arts, entertainment and higher education have appeared in the Orange County Register and other publications, including the Los Angeles Times, Detroit Free Press, Art and Living, Performing Arts, Bravo and many more. Mary’s love for Sherlock Holmes began in junior high with The Hound of the Baskervilles and has continued ever since. She runs the Baker Street Tea and Anarchy Society blog, which is devoted to an appreciation of the Warner Bros/Guy Ritchie Sherlock Holmes movies.

Special program music for our series has been written by noted theatrical composer Ryan Johnson. Ryan recently won the L.A. Stage Alliance’s prestigious Ovation Award for his outstanding score for the production of Stoneface (2014 run at the Pasadena Playhouse). He has also composed the scores for the Sacred Fools productions Puzzler (2011) and Watson: The Last Great Tale of the Legendary Sherlock Holmes (2010), and served as music director for the HitRECord Fall Formal at the Orpheum Theater and Sacred Fools’ Forbidden Zone: Live in the 6th Dimension. 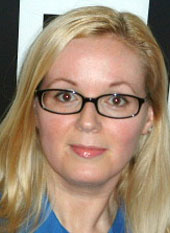 Trish Dickey coordinates all things pertaining to the rehearsals and performances in Contrapuntal Hall, as well as donations, contributions and programs.

Comments are closed, but trackbacks and pingbacks are open.